Physics professor Nadya Mason and chemistry professor Ralph Nuzzo have been elected to the National Academy of Sciences, one of the highest professional honors a scientist can receive.

Mason and Nuzzo, both faculty in the Materials Research Lab, are among 120 newly elected U.S. members – 59 of whom are women, the most elected in a single year – and 30 international members in recognition of their distinguished and continuing achievements in original research.

“The MRL is exceptionally pleased to count two new members of the National Academy of Sciences among our faculty,” said Paul Braun, MRL director and the Grainger Distinguished Chair in Engineering. “Prof. Ralph Nuzzo and Prof. Nadya Mason have been active members of the MRL community since each joined the University of Illinois, and along with their exceptional contributions to science, have held leadership positions in the MRL. Prof. Mason currently serves as the Director of the NSF-supported Illinois Materials Research Science and Engineering Center which is housed in the MRL and plays an important role in setting the scientific agenda of the MRL, and Prof. Nuzzo served as a previous MRL Director, during which time he broadened considerably the scientific mission of the laboratory, enabling it to meet the rapidly diversifying needs of the materials community at that time.”

Mason is the Rosalyn Sussman Yalow Professor in Physics at Illinois and the founding director of the Illinois Materials Research Science and Engineering Center. As a condensed matter experimentalist, she works on quantum electronics and materials. Mason is a fellow and former general councilor for the American Physical Society, former chair of the APS Committee on Minorities and has been a regular “Whys Guys” science presenter on local TV. In 2019, she delivered the TED Talk “How to spark your creativity, scientifically.”

During her career at Illinois, Mason has demonstrated the surface states in topological materials and individual superconducting bound states in graphene-based systems. In 2014, Mason was appointed a John Bardeen Faculty Scholar in Physics at Illinois. She is the recipient of numerous awards, including the Maria Goeppert Mayer Award, the Edward Bouchet Award, the Dean’s Award for Excellence in Research at Illinois and the Denice Denton Emerging Leader Award. Mason also is affiliated with the Holonyak Micro and Nanotechnology Lab at Illinois. 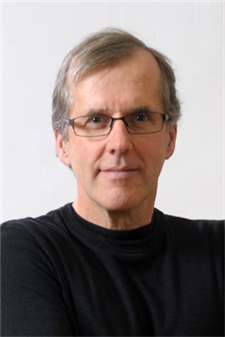 Nuzzo is the G.L. Clark Professor of Analytical Chemistry and professor of chemistry and materials science and engineering. He also is affiliated with the Holonyak Micro and Nanotechnology Lab at Illinois. His research focuses on developing novel methods of micro and nanoscale fabrication and molecular patterning to provide new capabilities for technology in areas as diverse as lightweight, flexible, photovoltaic energy systems; advanced lighting; optics; batteries, fuel cells, and other electrochemical energy systems; actuators; chemical sensors; and bioanalytical arrays and scaffolds.

Nuzzo is an affiliated faculty member at the KTH Royal Institute of Technology, Stockholm, and a fellow of the American Association for the Advancement of Science, the American Academy of Arts and Sciences, the Royal Society of Chemistry, the American Chemical Society, the World Innovation Foundation and the American Vacuum Society. He is the recipient of many awards, including the Alexander von Humboldt Foundation Research Award, the ACS Arthur Adamson Award for Distinguished Service in the Advancement of Surface Chemistry and the Institute of Electrical and Electronics Engineers George E. Smith Award.